City of Saint John steering in the right direction

As we prepare to enter a new year—a new decade—and the end of this Mayor and Council’s mandate, we should be focused on the future now more than ever.

We’re all aware of the challenges Saint John has faced since the last municipal election in 2016. From bailouts from the province to making a laundry list of assets to sell off, the City has been making headlines provincially for its many issues. And while there is a plan in place to start addressing some of our most pressing issues, what will happen as we approach the next municipal election this spring? What progress can be made in the coming months? Will this process start all over again in the spring of 2020 with potentially new faces around the council table?

It would be our hope that this Council quickly prioritizes what it wants to accomplish in its remaining months and initiates key actions before the end of its mandate. We recognize this will be a daunting task, but it starts with priorities and working down the list. We must all support the Mayor and current Council in its mandate to fix finances and structural issues once and for all. Status quo is not an option.

This needs to start with prioritizing core services—water, roads, and recreation—coupled with fiscal responsibility. We can no longer be influenced by narratives and demands that distract from our focus. It’s going to mean tough decisions. Citizens and business alike must be prepared to accept the consequences of these cuts. We can no longer delay and the time for more reports and discussions is over. We were pleased to see the City’s proposed financial policy that was released last week, which included:

1. Don’t spend more than you make
2. Borrow wisely
3. Save your money for a rainy day
4. Take good care of the property you currently own
5. Take control of your expenses before they control you
6. Replace the roof before you buy new furniture

Following these six steps will set us on a great path, but we would like to offer a seventh: Pay off debts. One of the City’s major expenses is a result of decades of deferring debt payments—it’s time to stop this practice and pay off debt as quickly as possible.

The second area of focus needs to be taxes. We are one of the most tax burdened cities in the country. Residents and local businesses do not deserve more taxes—we already pay more than our fair share. But we do need to do something about New Brunswick’s archaic and outdated tax system. We need a complete overhaul and modernization of our tax structure and how our taxes are distributed. If the industry is here, Saint John should experience the benefits.

Third, the City should not be handcuffed from innovating and generating revenue by cumbersome and outdated legislation. In our current situation, the City’s expenses are growing by 3% annually with only 1% of additional revenues coming in each year. This is a problem. If the City is going to get its fiscal house in order, there needs to be more opportunities to generate revenue. Current provincial legislation that limits municipalities and community utilities, like Saint John Energy, from evolving and generating growth must be updated.

Finally, the City needs the Province to make necessary changes to the current collective bargaining regime. Because of New Brunswick’s antiquated binding arbitration system, wages for fire and police have accelerated far beyond the rate of inflation and well beyond that of any other group of City employees. If the City can’t manage wage increases in a responsible manner, then it will not be able to control its budget. The municipalities and the business community have been aggressively urging the province to act quickly and we must do so now. 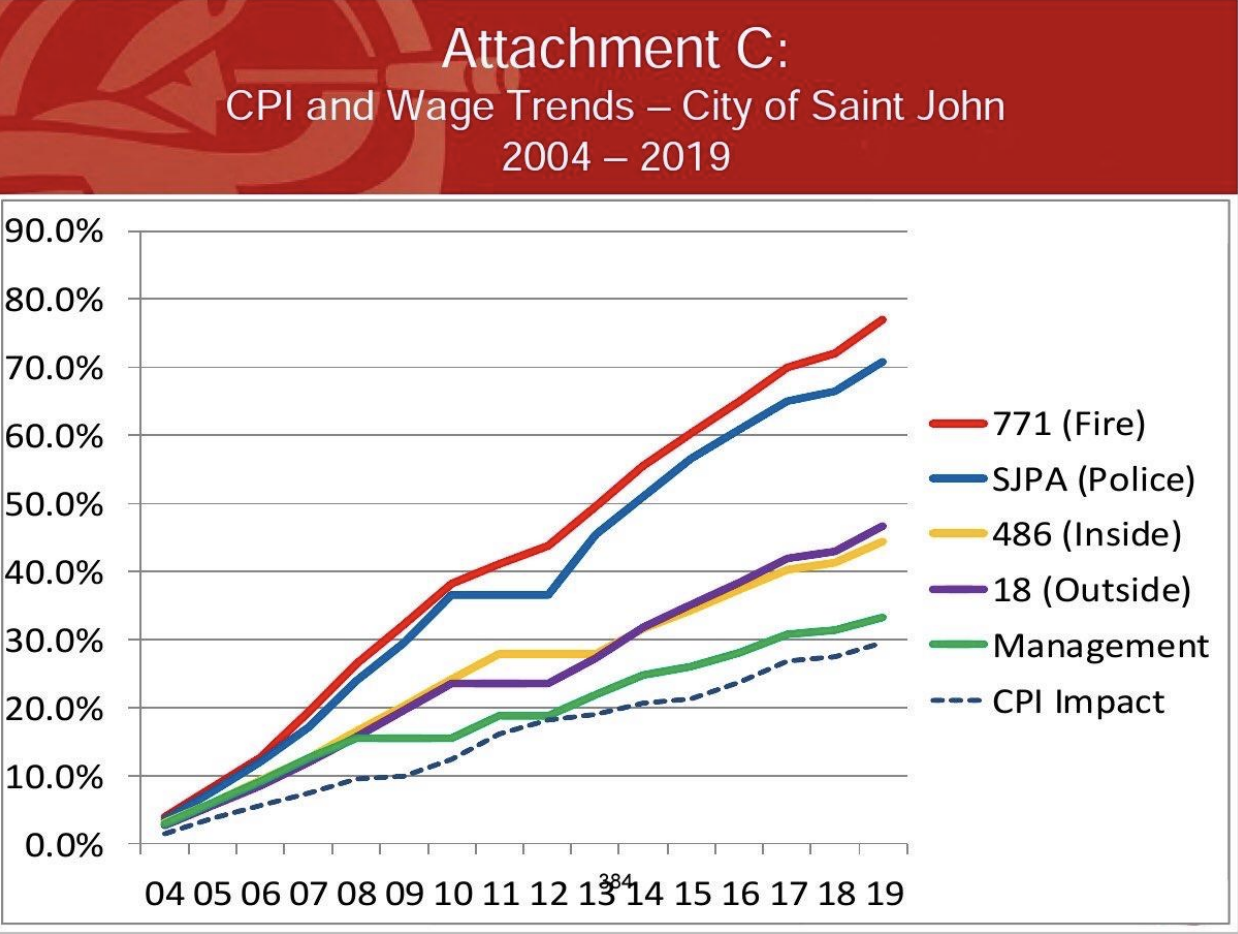 It’s time we all got back to making headlines for progress, not problems. But if we want to change that narrative, we all need to be focused on working together.

As we look to the upcoming municipal election this spring, we need to make sure this progress does not halt. We all have a responsibility to ask the tough questions and vote for candidates that will continue to push this agenda forward.

The province and the city need to act now. The city cannot succeed without the changes from the province. The city too needs to aggressively make decisions that will have the most impact. We are on the right path now, let’s not drop the ball by allowing distractions and political agendas to cloud our focus.